According to the forecast of the International Energy Agency, the world demand for electricity from 2015 to 2040 will increase by 70%. Four main trends reflect these changes: transition to renewable energy sources, decentralization of electricity generation, focus on energy efficiency of buildings and urban infrastructure, mastering the latest Internet technologies of things.

The world becomes digital, the transition between physical reality and virtual disappears. All these amazing possibilities are accompanied by one side effect – humanity consumes more and more electricity.

Against this background, the world industry of production and distribution of energy is being restructured. Volumes of extraction of raw materials for generation of electricity in a “classical” way – coal, gas – are falling all over the world. Ten years in a row, the production of solar energy. In 2016, according to the analytical company IHS Markit, the volume of electricity supplied by photovoltaics rose by 34%, a year earlier, was 32%.

The Bloomberg New Energy Finance report, published in 2017, says that the costs of generating electricity using solar cells in Germany, Australia, the United States, Spain, Italy are already equal to the cost of energy production by burning coal. By 2040 the cost of this method will decrease by another 66%. Already in 2021, the sun will be a cheaper source of energy than coal in countries such as India, Mexico, Britain, Brazil. As a result, in 2030 half of all new energy capacities and batteries will use solar technology.

The active growth of the market for energy consumption from renewable sources leads to the decentralization of the industry. Previously, the main energy generators were large corporations and state-owned enterprises. Now ordinary citizens and private companies install solar panels and wind generators on the roofs of residential buildings and office buildings. They produce electricity for personal needs, additional earnings, for the sake of obtaining benefits from the state. According to the same forecast by Bloomberg, by 2040, solar panels on roofs will generate 24% of all electricity in Australia, 20% in Brazil, 15% in Germany, 12% in Japan, 5% in India and the US.

On the other hand, it is buildings that consume an excessive amount of energy, ahead of this indicator transport and industry. According to the US Department of Energy (U.S. Department of Energy), these facilities generate 40% of the total amount of carbon dioxide emissions. The solution to the problem is the transition to energy efficient technologies. Buildings certified as “green” throw 34% less carbon dioxide, consume 25% less energy, 11% water. Owners significantly save them, and often still receive benefits from the Government – many states are struggling to reduce greenhouse gas emissions. 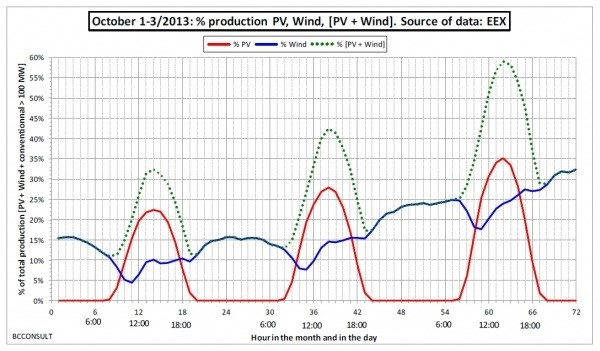 Three of the above tendencies generate the fourth – the demand for digital technologies of the industrial Internet of things (IIoT). The fall in the cost of generating solar energy, the growth in demand for it, as well as the decentralization of electricity generation require new approaches to the organization of distribution networks. The so-called smart grids or intelligent electrical networks allow you to turn off consumers when they can provide themselves with energy, take the excess energy they generated, as a payment used before, redistribute it, and so on. This can not be done on old “analog” networks, only on digital ones, equipped with sensors, switches, remote monitoring and automatic intelligent control.

The course on energy efficiency in recent years has been taken by many companies around the world – engaged in the digitalization of infrastructure and the transformation of buildings into “smart” ones. The systems of building energy management systems (BEMS) are in great demand. According to Navigant Research, the market for such analytical software solutions will reach $ 11 billion by 2024, annually growing by 18% since 2015.

Using the metering system BALANCE allows you to conduct a comprehensive Internet accounting of all types of energy resources of electricity, water, heat and gas. The usual instrumentation, without monitoring daily and hourly balance sheets, does not give good results when manually collecting data.